I had a cake smash photo shoot with my first son to mark his first birthday, and knew I wanted to do it again with my second.

Harlow, turned one that very day and what better way to mark it than hopping in the car, buying a cake and heading to a photoshoot to smash it up!

I was a bit nervous as Harlow can be a bit temperamental heightened by the fact that a few weeks ago he started walking!

As soon as we, got in Shellie’s studio and after a couple of ‘death stares’ from Harlow to poor Shellie he began to potter around the studio as she set up. 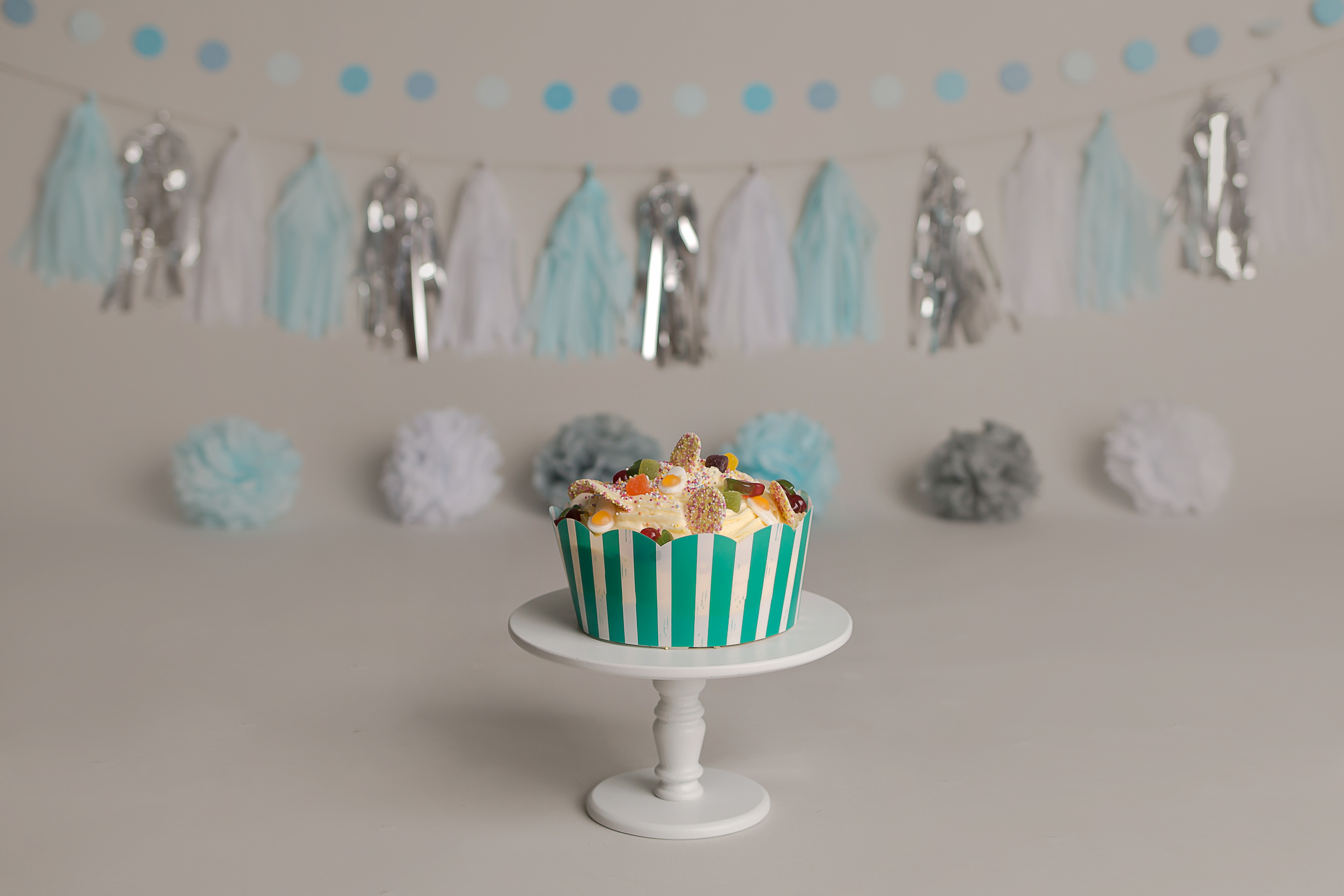 Shellie has done an amazing job and decorated in the colours we wanted and it looked amazing. Harlow was wrangled into his outfit and we laid the cake out and in typical style when we wanted him to eat cake he of course saw it as an opportunity to walk off out of shot every 5 seconds! 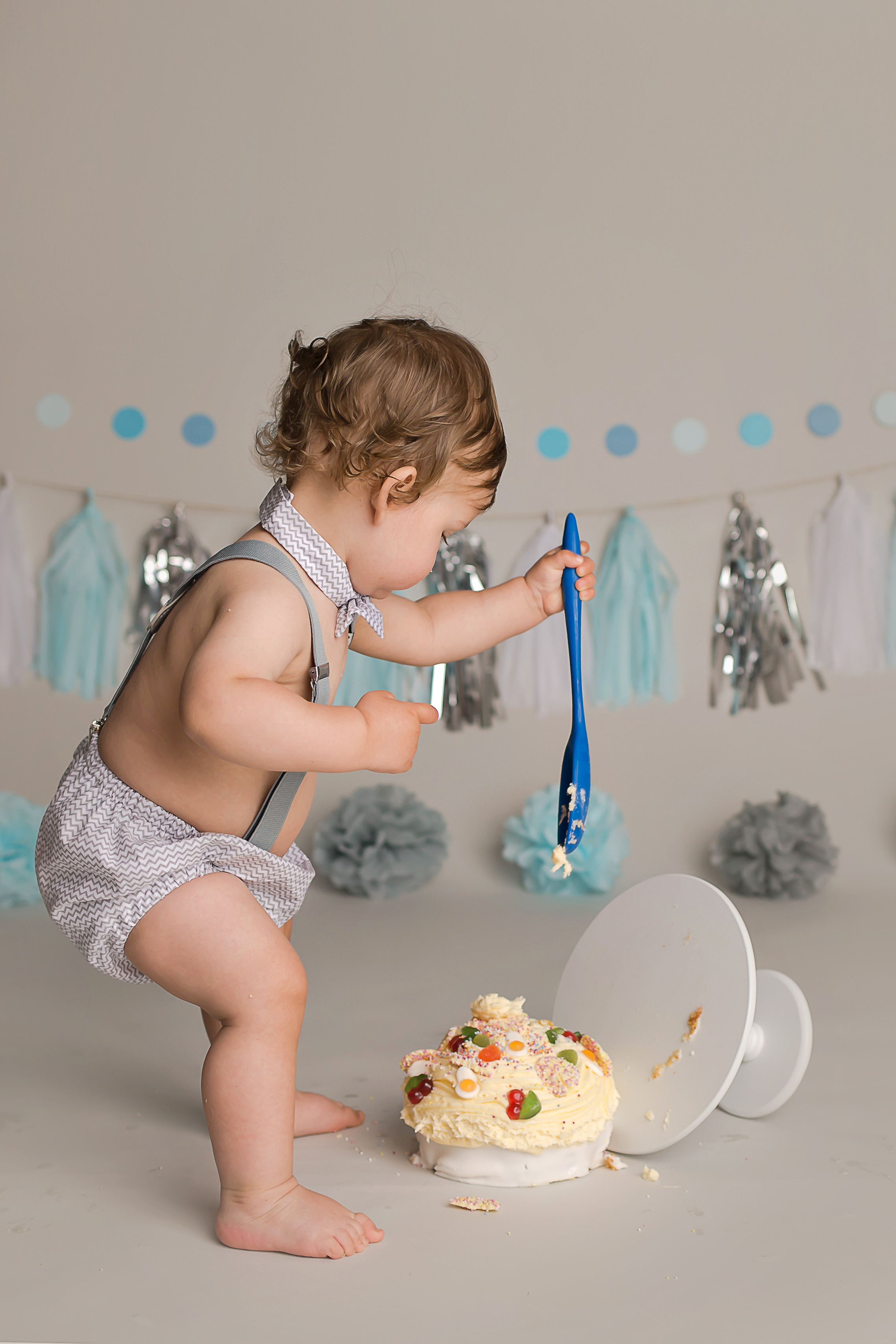 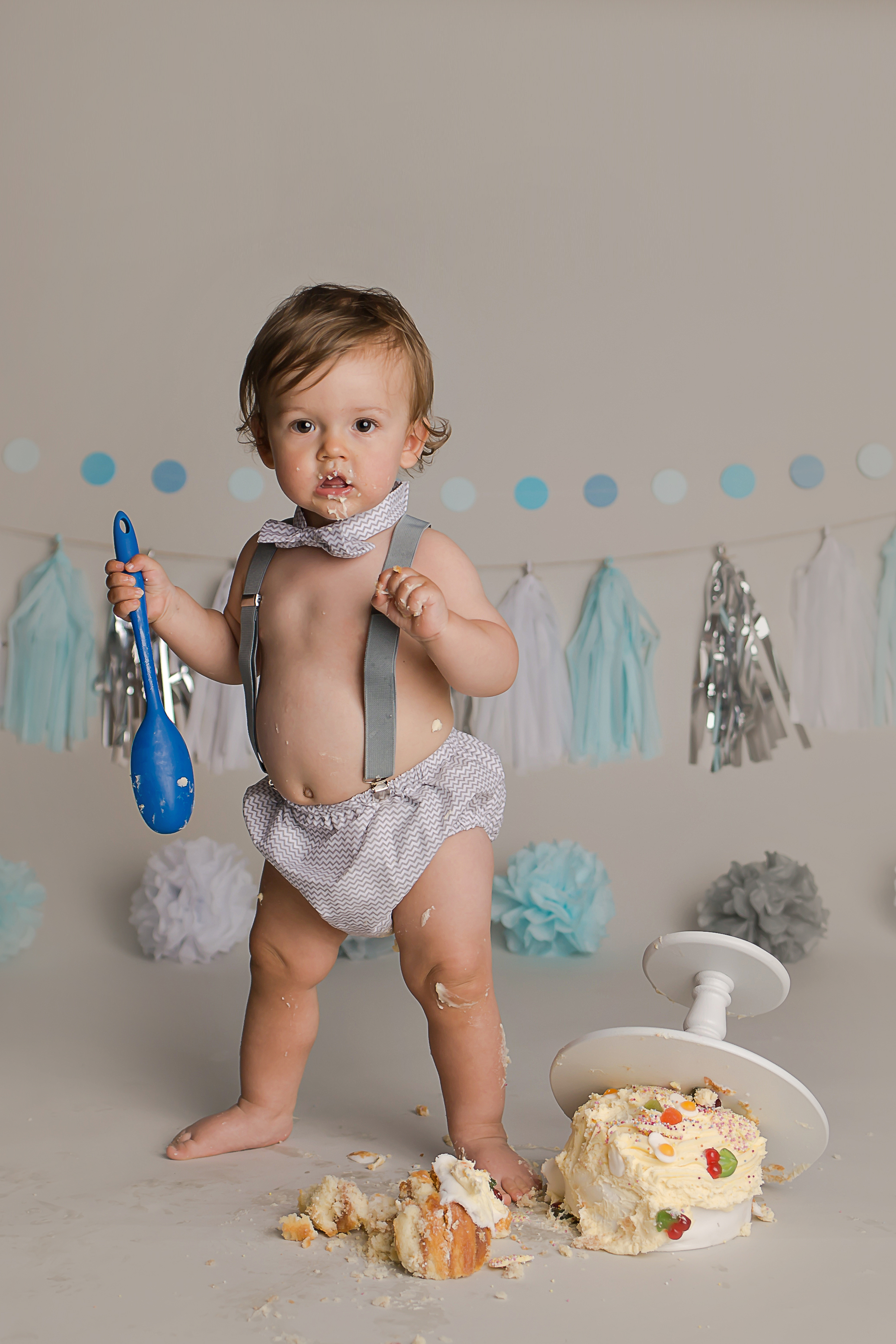 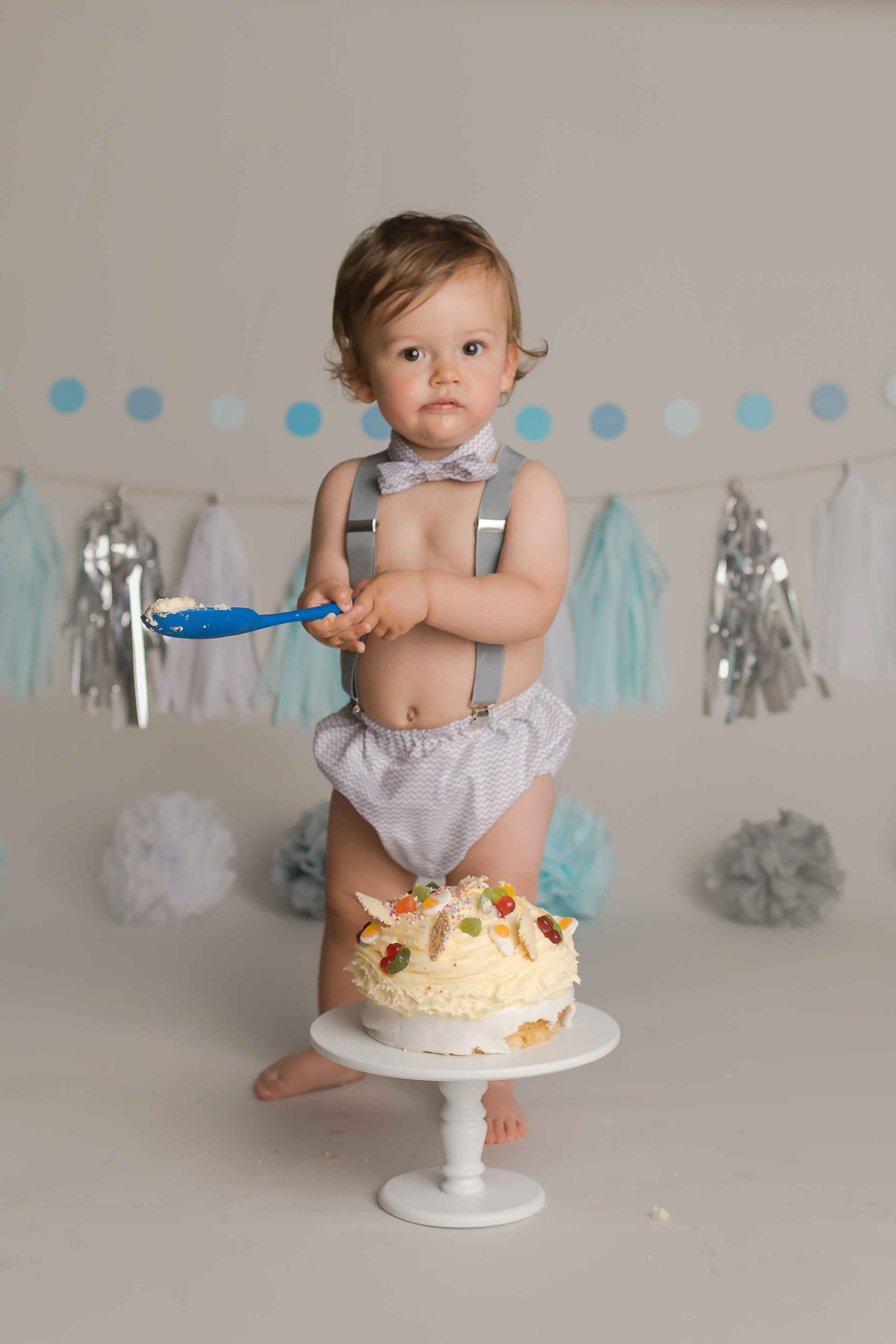 This didn’t even phase Shellie and we put him back again and again and I don’t know how she did it, but she got some amazing shots.

I felt at ease the whole time, despite Harlow wandering off, and Shellie knew all of the tricks to try and keep him and us happy!

By this point we were all covered in cake and then Shellie got the bath tub out filled it with some warm water and bubbles and Harlow finally settled in to his model role! 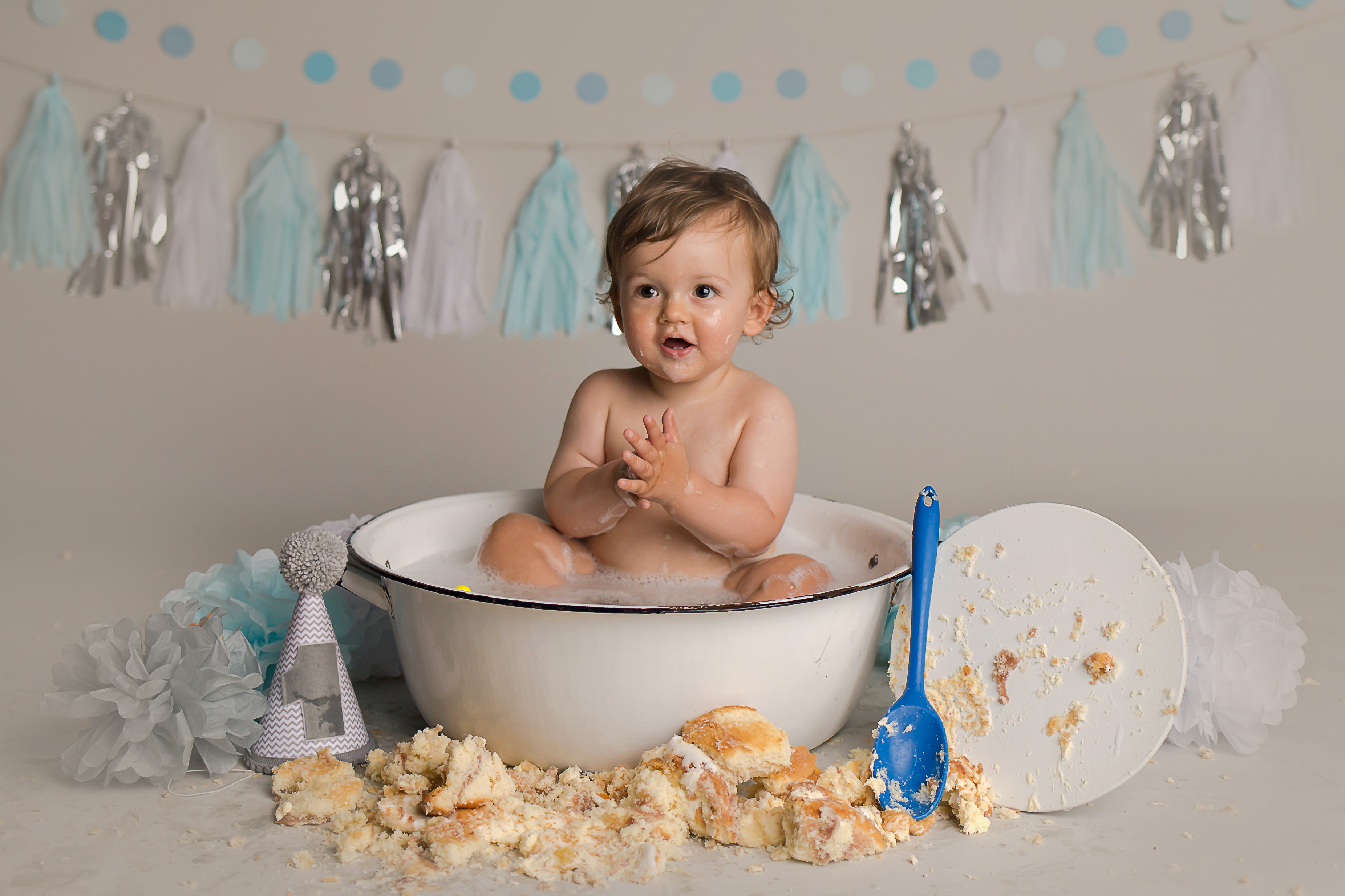 Nothing was too much trouble for Shellie and she wouldn’t even let us help her clear up! We all came away with some great memories of the day, as well as a lot of cake in our clothes!

A tip? Don’t plan going for lunch straight after a cake smash as you will be dripping in cake! Lots of wet wipes and towels!

The shots we got were amazing and really show off Harlow’s cheeky self I couldn’t recommend it enough but be warned this isn’t for the faint heartened especially if you don’t like mess! (ahem Greg!).

I couldn’t think of a better way to mark Harlow’s first birthday than a beautiful shoot with Shellie, and we will be coming back again! 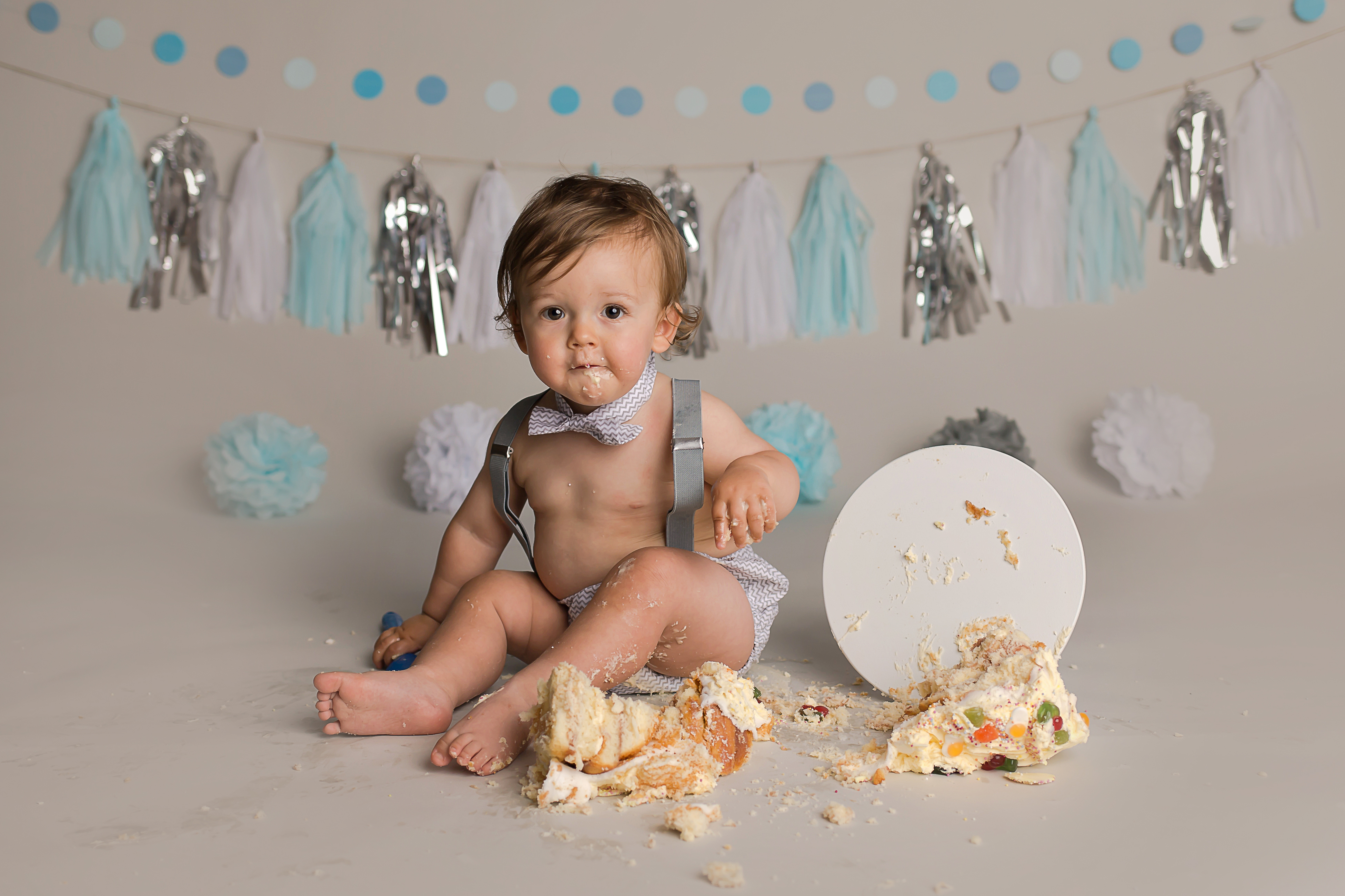 Thank you Shellie for capturing our not so little baby on his milestone birthday and giving us the images we will treasure for a very long time!