At the time I couldn’t wait to enter the stage were you qualify as a clearly pregnant woman, rather than someone with a questionable pot belly. I can remember the pride I took strutting around with my bump and announcing how many weeks I was to everyone who asked. The third trimester was by far the most enjoyable, I felt the most like ME I have felt since becoming pregnant. No sickness, fatigue, or nausea, although I did have plenty of naps!

As my belly grew, a few aches and pains inevitably showed their faces. In the previous trimester I had enjoyed walking as gentle exercise, but the weight and pressure on my pelvis proved a bit too much for the lengths I liked to walk. Instead I turned to swimming, which soon became a form of almost meditation. The weightlessness recalibrates your body and allows the opportunity to stretch and flex your muscles. 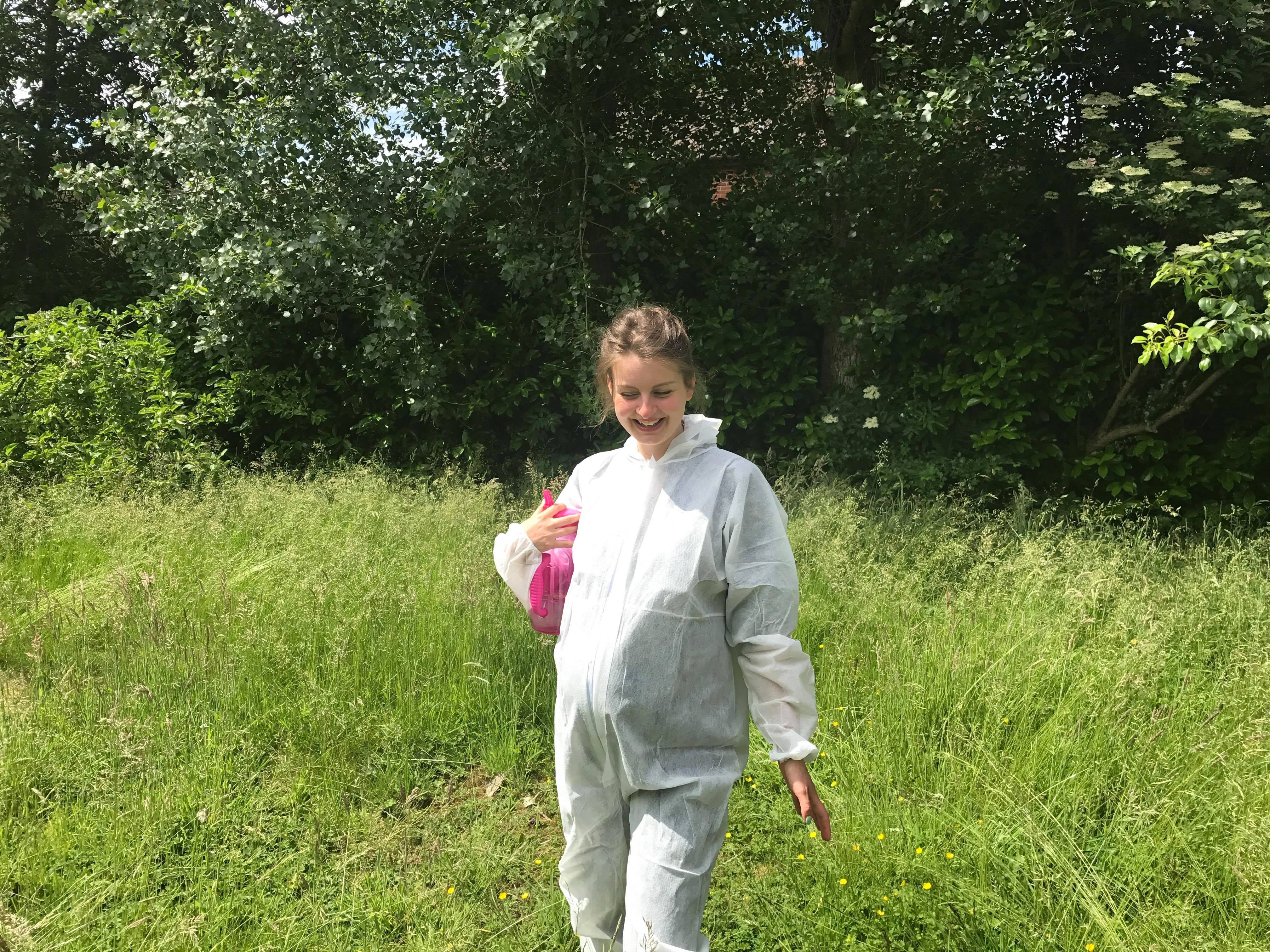 Having a due day of July 4th, swimming also became a lovely escape from the heat. The heat was actually easily managed being heavily pregnant, it was only ever a problem when I had to be out in it for any extended periods of time. In fact I almost built up an anxiety about it. The fear of passing out in the heat whilst carrying a child really ramped up my reaction to leaving the house. To get round this I always carried round the following things; Tigerbalm, a handheld fan, super minty chewing gum, and a can of Magicool. Knowing that I had means to cool down whilst trapped on a bus or out and about, gave me peace of mind!

During this third trimester I was also faced with another fear; fundal heights. From the first measurement of my belly on the midwive’s table I measured “small,” small soon developed into dropping beneath acceptable levels on the growth chart. It wasn’t long before I was making regular trips to the hospital for growth scans. Even at week 39 my belly was measuring that of what would be expected at 32 weeks! Fortunately, the growth scans confirmed that everything was growing as normal. So if you don’t follow your expected fundal heights, don’t panic like I did! 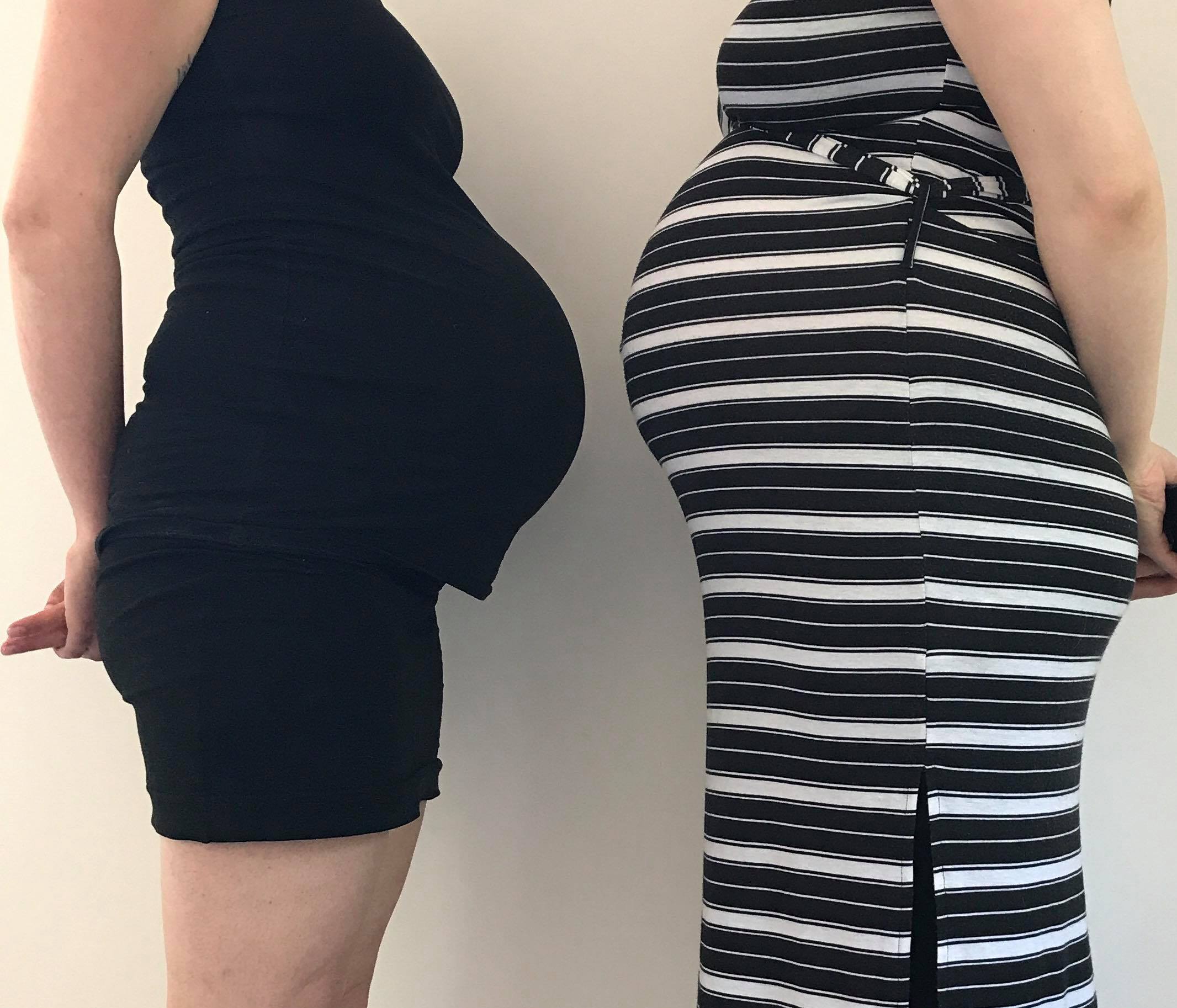 After the growth scare everything seemed perfect for my planned homebirth. At 36 weeks my midwife came to my house, talked me through the homebirth system and cleared me for my dream birth. Unfortunately, only until she felt my belly… She suspected breech. So I had another trip to the hospital. From my midwife visit at 12pm I didn’t get released from hospital until 8pm. The scan confirmed breech, I then had to talk to a breech specialist midwife to talk through my options. I was faced with 3 choices; planned c-section, ECV or attempt a breech vaginal birth. I was told the likelihood of a baby moving head down past 36 weeks was very rare. I opted for the ECV, all be it reluctantly. 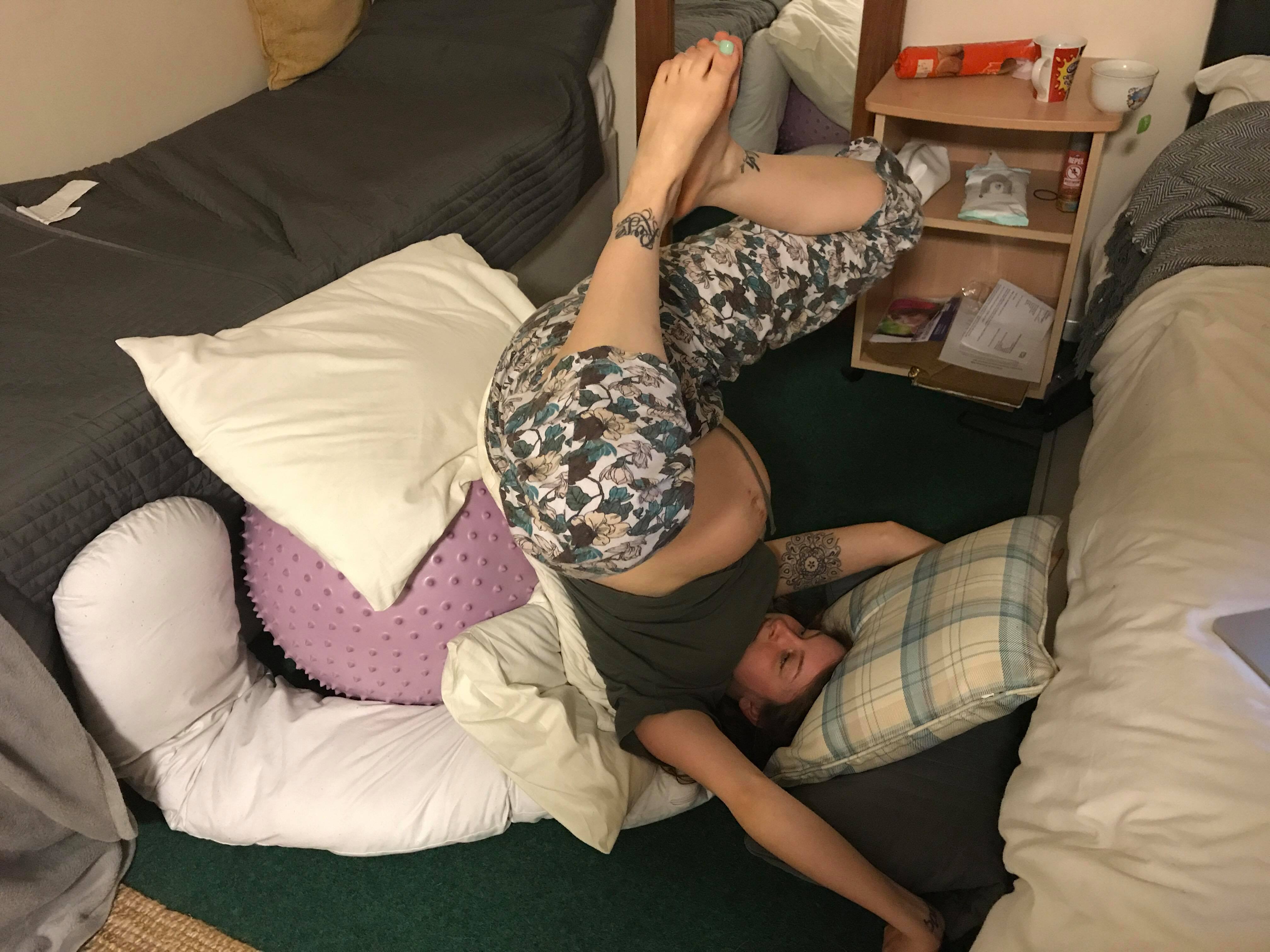 I went home devastated that my homebirth was robbed from me. However, I was determined to do everything in my power to turn this baby! I tried acupuncture, moxibustion, headstands, and even more swimming. But unfortunately, nothing worked. I had my ECV at 37 weeks, which unfortunately failed too. Due to my tiny fundal height, baby didn’t have much room to move at all, proving the ECV very difficult to successfully perform.  So again, the consultant at the hospital urged me to book a planned c-section, to which I stubbornly refused. I needed to give the baby every opportunity I could to turn by itself.

My 38 week midwife appointment came and I was ready for my fundal height to show up small again. But I didn’t expect me to be marked as “static growth.” In 2 weeks my bump hadn’t grown at all. So off to the hospital I went. This time the growth scan showed the baby to be above the 90th centile! Which when you add a big baby to breech to 2 weeks away from your due date, people start to panic. At this stage the hospital consultant reassured me that I had tried everything in my power to allow for the baby to turn, and now that the baby is predicted to be big they strongly advised against a breech vaginal birth. So reluctantly I booked my c-section.

Getting to grips with the c-section was the hardest thing of the whole pregnancy, and after moving house, and 23 weeks worth of sickness, this was a big deal. It took a while to let go of my homebirth plans, and get my head round my fear of having a c-section, but once I did, I started to get excited about meeting my baby! 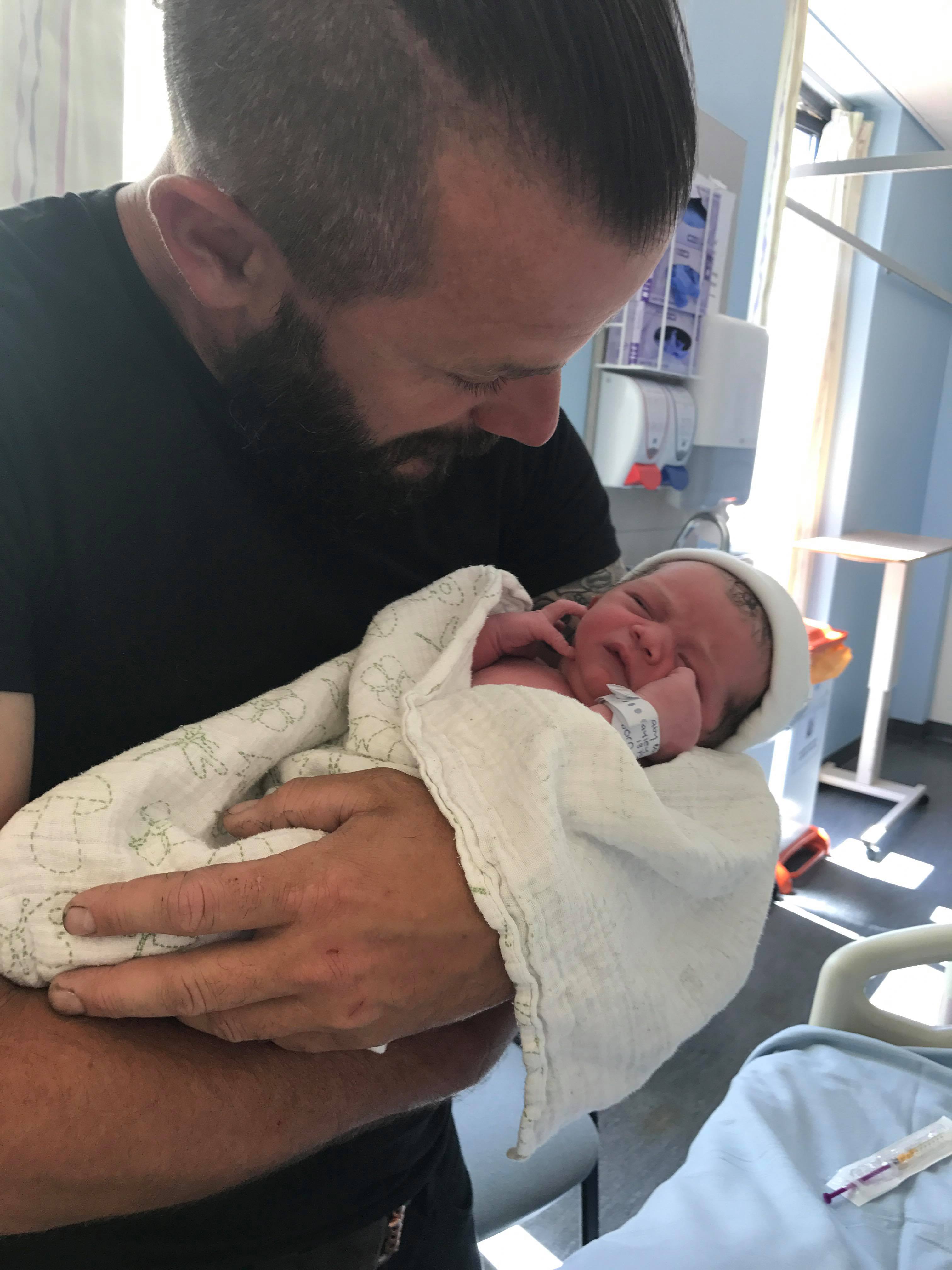 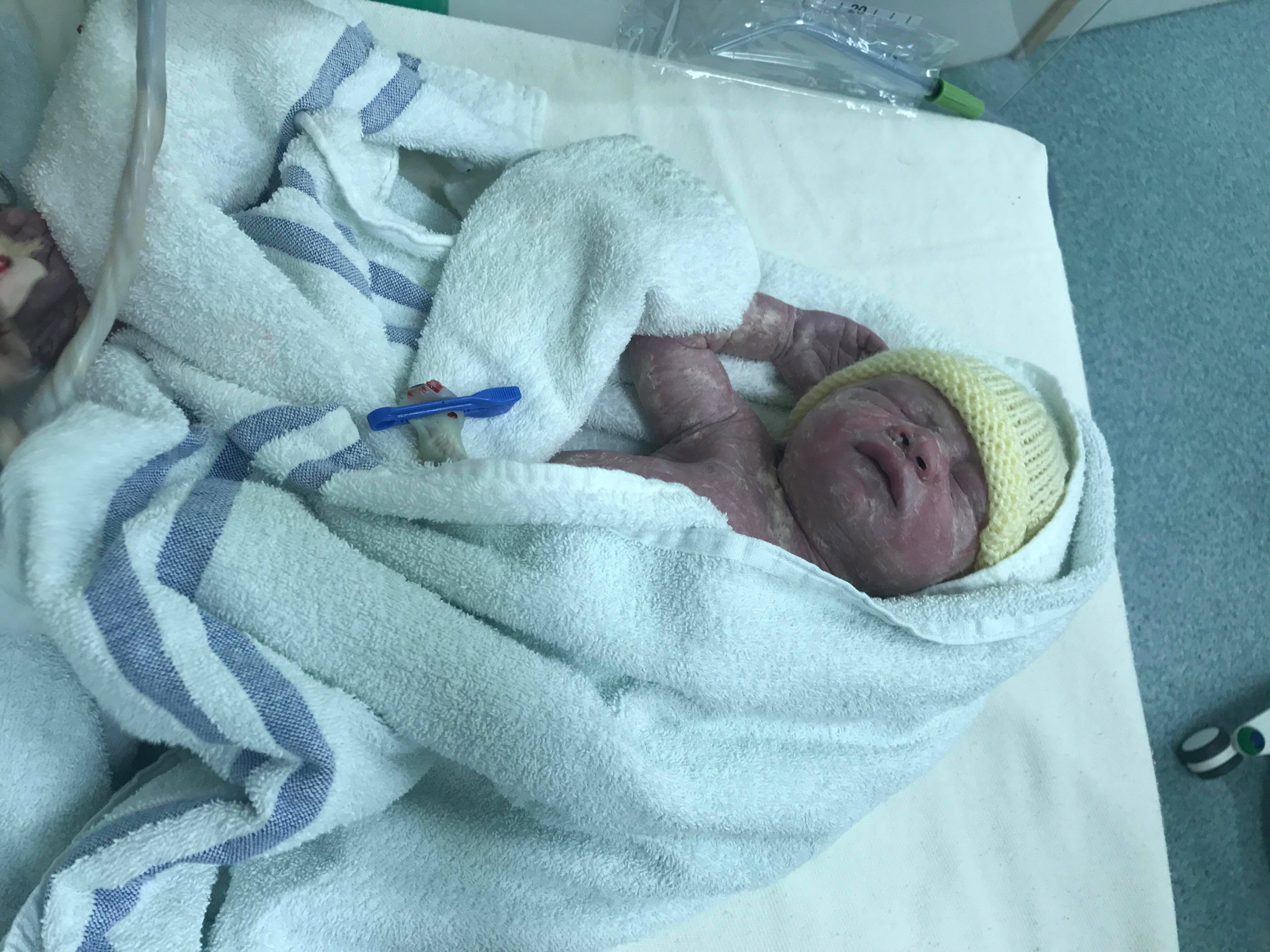 Logan Stephen Sands-Moore was born on the 29th June 2018 by c-section, and I can’t lie, it was fabulous. For more on birth and post-partum I will do a separate blog post as there is a lot to cover!